A Rancher for Christmas (originally The Humbug Man) 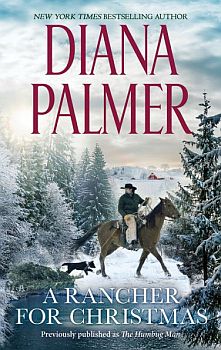 This Christmas, widow Maggie Jeffries unexpectedly encounters a real-life Scrooge: Montana rancher Tate Hollister. Maggie is determined not to let her brand-new neighbor ruin her young son’s holiday…even if her child adores Tate for some reason she can’t fathom.

But there’s more to Tate than his brusque manner. As the holiday season progressed, Maggie discovered that Tate—with his smoldering black eyes and roguish good looks—wasn’t completely immune to the Christmas spirit. In fact, his loving embrace might just be the gift of a lifetime…