Any Man of Mine 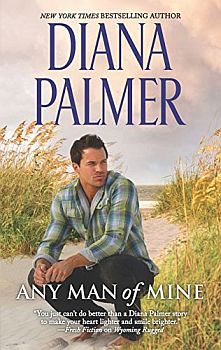 After getting her heart broken seven years ago, Keena Whitman fled town. Now she’s back, and a successful designer at last. But when she sees Nicholas Coleman again, all the feelings she’s tried so hard to forget come rushing back. Letting Keena go was the biggest mistake Nicholas has ever made. This time he’s ready to prove he’s her perfect match—in love and business.

As Greyson McCallum’s longtime assistant, Abby is used to his irascibility. But when a dangerous figure from her past reappears, Greyson offers to protect her in an unexpected way and Abby can’t resist. As desire ignites and danger looms, can Greyson and Abby find their happily-ever-after?