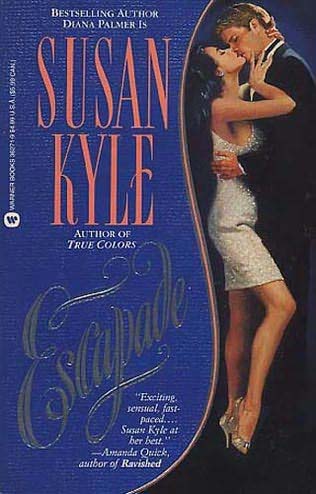 Amanda Todd wondered if other battles had been fought on lush, breeze-kissed Lawson Island in the Bahamas. Her’s father’s death had made her co-owner of a nearly bankrupt San Antonio newspaper, but controlling interest lay with handsome millionaire Joshua Lawson. Lithe, pretty Amanda had flown to his Caribbean estate to convince him that she could save the failing business – and to get the had-driving young tycoon to see her as a desirable woman instead of Harrison Todd’s virginal daughter. Romantic sugar-white beaches gave her the perfect setting for seduction, yet it was Hoh’s playboy brother who made a pass. Now, Amanda was a pawn in a competition between brothers, making enemies, and awakening volatile passions in powerful men in a breathtaking..ESCAPADE.