For Now and Forever 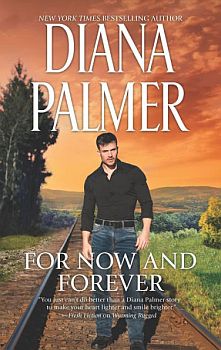 When Maggie Sterline causes an accident that changes Saxon Tremayne’s life forever, she’ll do anything to right her wrongs. Even if that means staying in South Carolina to care for the fierce, accomplished giant whose world has suddenly turned dark. Though Saxon’s raw emotions are unsettling, Maggie is able to help him confront his new reality, and soon the beauty is drawn to this beast. Can she resist his knee-weakening kisses and passionate embraces?

Bumping headlong into sexy stranger Nick Scarpelli shakes artist Jolana Shannon’s head out of the clouds. He’s drop-dead gorgeous and incredibly arrogant, and surrendering to passion with him is utter bliss. But when Nick makes it clear he doesn’t want forever with Jolana, it breaks her heart. Still, memories of Nick linger—until one day he resurfaces in her life. Could the man who walked away offer her everything she’s ever wanted?