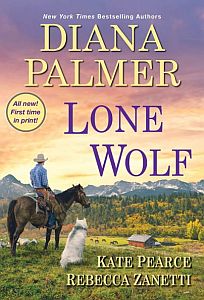 Loyal as a wolf—and just as strong and untamed—three solitary heroes are about to meet their perfect partners, in this thrilling collection from a trio of New York Times bestselling authors . . .

Fleeing her mother’s killer, Esther Marist ends up at a rugged stranger’s cabin. A wildlife rehabilitator with a menagerie that includes an elderly wolf, Matthews isn’t the type to turn any creature away. As Esther heals, she realizes how much danger she’s brought to his door—and how far he’ll go to protect her.

Also includes RESCUE: COWBOY STYLE by REBECCA ZANETTI and THE WOLF ON HER DOORSTEP by KATE PEARCE.