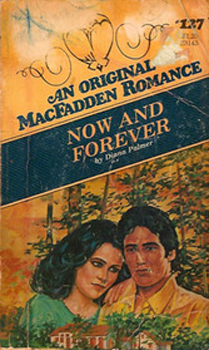 She was gonna get her man!

Lutecia Peacock was at her wits’ end! And it was all due to Russell Currie. The sexy-as-all-get-out farmer who had helped raise Lutecia after her father died refused to see that she was a grown-up now – and a pretty sensational looking one at that.

What was more, he flat-out rejected the fact that she was desperately in love with him – had been for years! There was only one thing to do: turn up the Georgia heat full steam and show Russell that she was the woman for him – now and forever!

Macfadden Romance #127, out of print