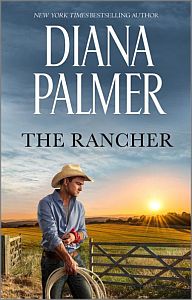 Cort Brannt, heir to the Skylance Ranch empire, has a constant flow of women galloping into his life. Still, the handsome lone wolf sends them on their way just as quickly, refusing to let anyone lasso his heart. But everything changes when a pretty, vivacious neighbor named Maddie Lane, catches his eye. Has the most eligible bachelor in Branntville met his match after all?