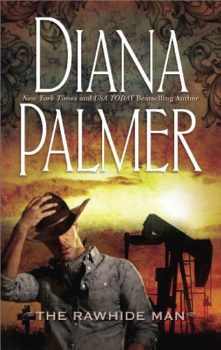 IT WAS A MARRIAGE OF CONVENIENCE…

But convenient for whom? Jude Langston had practically kidnapped Bess White and brought her to his San Antonio ranch. It wasn’t that he’d wanted her so desperately—he didn’t even like Bess. No, Jude’s cool green eyes were firmly fixed on the shares of his company that she’d inherited.

Bess had always thought of Jude as the Rawhide Man—lean and rough. But then she discovered he could also be unexpectedly gentle, and it devastated her. For as much as she fought it, Jude had captured her heart. Yet how could she stay in a marriage that was so much less than such a union should be?

Sign up now to receive sneak peeks at Diana Palmer's upcoming books along with special contests and excerpts just for subscribers!

Diana Palmer is giving away a signed book. Note: Book cover shown is not necessarily the prize.

This message is only visible to admins.

Error: An access token is required to request this resource.
Type: OAuthException
Solution: See here for how to solve this error