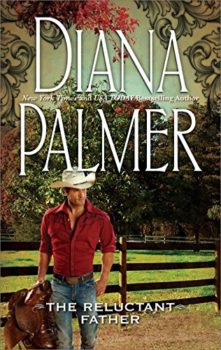 Name: Blake Donavan
Description: Tough. Formidable. Lonely…
Fears: Surprises, like the unsmiling little girl who suddenly appeared on his doorstep and called him “daddy;” Meredith Calhoun, the one woman who could melt his heart of ice…
Conclusion: He’s colder than the snow in winter.

Blake Donavan lived alone and liked it that way. His nemesis was love, but he had one obsession—and her name was Meredith Calhoun.

After five years, Meredith had come home. A successful author, she was no longer the shy, insecure girl Blake had once so cruelly rejected. But Meredith would never know that that rejection had cost Blake his heart—and the child who should have been theirs.

Other Books in the Blake Donovan Series

Sign up now to receive sneak peeks at Diana Palmer's upcoming books along with special contests and excerpts just for subscribers!

Diana Palmer is giving away a signed book. Note: Book cover shown is not necessarily the prize.

This message is only visible to admins.

Error: An access token is required to request this resource.
Type: OAuthException
Solution: See here for how to solve this error