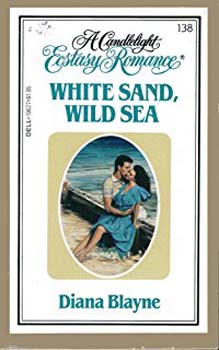 She had come to relax, to forget her grief — the flash flood that had ravaged her world, savagely destroying the most precious part of her past. And the island was working its magic. It was bliss–until she found herself gazing into the glacial eyes of a stranger …a man whose every move said power, wealth–and danger! A man who attracted and repelled, teased and tormented until she was caught, trapped, drowning in a raging torrent of churning emotions and irresistible desire.

Candlelight Ecstasy #138 out of print