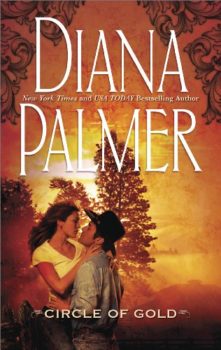 Sparks flew the moment Kasie Mayfield arrived at Gil Callister’s sprawling Montana ranch to temporarily care for his two adorable daughters. Yet never in her wildest dreams did the innocent young woman imagine that her formidable new boss would sweep her off her feet with his potent charm. Before long, she was so deeply in love that it made her heart ache. But how did he feel? The enigmatic rancher was so difficult to read. Still, she couldn’t imagine spending her life with anyone but Gil. Could Kasie convince the hard-edged widower that a circle of gold belonged on her finger?

Originally published in 2000 exclusive to eHarlequin.com as an unnumbered Silhouette Romance and then there were several reissues in mass market paperback.