Lord of the Desert 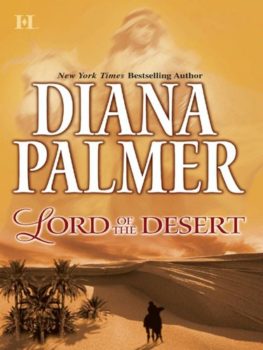 Sheltered small-town girl Gretchen Brannon was out of her element when she aligned herself with Sheikh Philippe Sabon, the formidable ruler of Qawi. They came from different worlds, yet she found a soul mate in the powerful, sensual man who’d suppressed his passions for far too long—and harbored a secret anguish. Nevertheless, he made the virtuous young woman aware of her own courage…and, in turn, she aroused his sleeping senses as no other woman could.

However, now that Gretchen’s heart belonged to the Lord of the Desert, danger loomed when she became the target for vengeance by the sheikh’s most diabolical enemy. In a final showdown that would pit good against evil, could love and destiny triumph…?