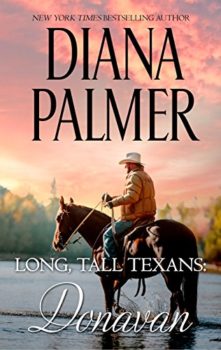 From the moment the well-dressed beauty strolled into the bar on the wrong side of town, rugged Texan Donavan Langley has known she was trouble—and just the type of woman he’s vowed to avoid. But Fay York awakes a tenderness in him that he’d never known and a yearning for something he knows he can never have.

The electrifying instant Fay first gazed into a pair of glittering eyes, she fell hard for Donavan. Even though the rough-and-tumble cowboy is determined to keep his heart from her, she knows that he needs her. And it’s not such a big step from attraction to happily-ever-after…