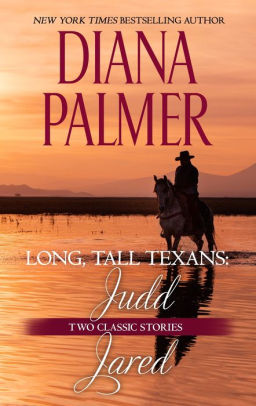 Several years ago, Texas Ranger Judd Dunn upended Christabel Gaines’s life by jailing her criminal father—and marrying her! Now, just when Judd is about to set Chrissy free, a bloodthirsty foe targets his innocent wife. And Chrissy has grown into a smart, fearless woman with unfulfilled desires. She will do anything in the name of love, including putting her life in mortal danger for her husband…

Rancher Jared Cameron is a mystery to everyone in Jacobsville, Texas…and he likes it that way. Only sweet Sara Dobbs dares to intrude on the loner’s privacy. Charmed by her audaciousness, Jared butts heads with the town’s plain Jane. But their burgeoning relationship soon thrusts Sara into Jared’s hidden world of intrigue. Now the iron cowboy has to steel himself to fight for his life…and her heart.