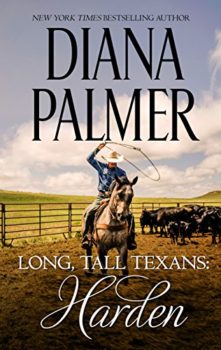 Born into a sprawling ranching family, rugged Harden Tremayne is the toughest, wildest man ever to come out of the Lone Star State—and the loneliest. That is, until he meets Miranda Warren. The lovely widow arouses feelings in him he’s too long denied, but also a yearning for something that can never be his.

Miranda has never felt anything as overwhelming as her passion for the long, lean cowboy. But Harden can’t give her the one thing she so desperately craves. When she discovers the tragic secret Harden harbors deep in his soul, can her love melt his hard, hungry heart and help them make a new life together?