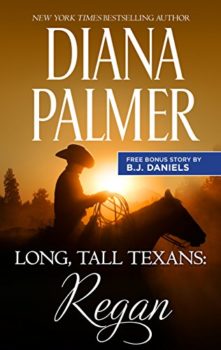 Two sexy cowboys, two second chances at a happily ever after.

In REGAN, Ted Regan has a second chance with his first love—if his pride will allow him to forgive a mistake she made long ago. And in SECOND CHANCE COWBOY, Hank Monroe could be the one cowboy in Whitehorse, Montana, who can track down Arlene Evans missing daughter—which could be complicated when his own past comes knocking.

These rough-riding men might have storied pasts, but when it comes to protecting the women they love, nothing is going to stand in their way.