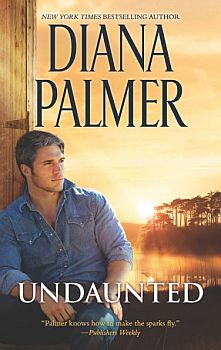 Falling in love with her boss’s handsome millionaire neighbor was easy for young Emma Copeland. Despite the vast differences between them, and a past that’s left Connor Sinclair reclusive and wary, Emma gambles her heart on a desire that rocks them both. But there’s something Connor doesn’t know: Emma is responsible for an accident that changed his life forever.

Connor lives by rules intended to protect both him and his vast wealth. Emma’s innocence is the only thing that’s ever broken through his cold reserve, but now his trust is shattered. By the time he realizes how much he stands to lose, it might take a miracle to win her back. But it’s a challenge he’ll gladly face for the woman and the family he needs more than his next breath…

Inspired by the Diana Palmer classic Bound by a Promise.