Rey and Stuart (Originally Winter Roses and A Man of Means) 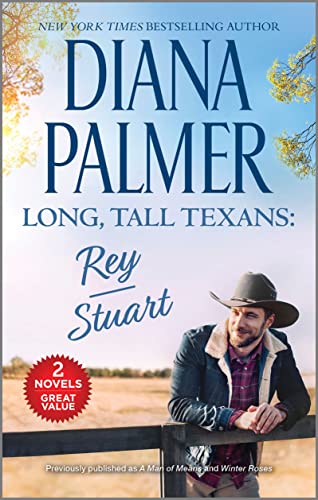 From the moment cattleman Rey Hart first sets eyes on Meredith Johns, he is mesmerized. He asks the lovely young woman to become the cook on his ranch, but convincing her to take the job is a cinch compared to breaking the enchanting spell she casts over this long, tall Texan’s heart.

Handsome rancher Stuart York was never one to mince words. Ivy Conley, his younger sister’s best friend, found that out the hard way. During a night’s stay at his Jacobsville ranch, Ivy wound up in Stuart’s arms. Knowing she was too young for him, Stuart closed his heart to her. Now, years later, Ivy is determined to be treated like a grown woman. But can she tame the one man determined to avoid her embrace?