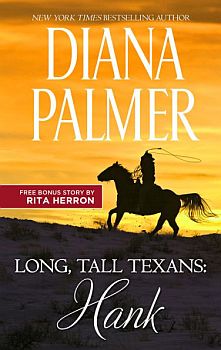 After years of heartache and drama, Hank Shoeman has come to one conclusion…love is nothing more than a nuisance! He has retreated to a secluded Colorado cabin, eager to be away from the pesky outside world…and the hurt that came with it.

Instead, Hank is distracted by a beautiful young woman at a nearby ski lodge. So he whisks away lovely Poppy O’Brien, determined to convince her to leave him alone. But what he gets is so much more than he ever bargained for…

Hank was originally published March 1995 as Redbird within the mass market paperback Abduction & Seduction anthology by Silhouette Books and October 2011 within the eBook anthology Long, Tall and Tempted by Harlequin and December 2014 as a standalone eBook by Harlequin.