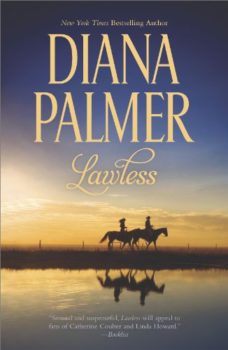 Five years ago, Judd Dunn, a hard-edged Texas Ranger, put Christabel Gaines’s father behind bars—where he belonged. But Judd’s involvement in Crissy’s life was far from over. With their jointly owned ranch on the verge of bankruptcy, Judd wed her in name only, promising to save their land and vowing to ignore the sexual tension between them.

Now, just when Judd decides to release Crissy from their sham of a marriage, he is blindsided by a bloodthirsty foe who is setting the stage for unspeakable evil by preying upon Judd’s greatest weakness—his wife. No longer a starry-eyed schoolgirl, Crissy’s a smart, fearless woman with unfulfilled desires. And she will do anything in the name of love—including taking a bullet for her husband.

With their very lives at stake, Crissy and Judd must confront their darkest demons, their new rivals and their deepest desires—and face up to a mutual destiny they cannot outrun.