Christmas on the Range 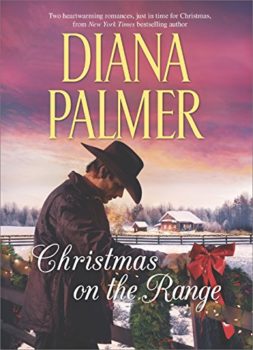 It’s the most wonderful time of the year…for rugged ranchers to fall in love! Diana Palmer spins two fan-favorite tales of love, joy and happily-ever-after under the mistletoe.

Handsome rancher Stuart York was never one to mince words. Ivy Conley, his younger sister’s best friend, found that out the hard way. During a night’s stay at his Jacobsville ranch, Ivy wound up in Stuart’s arms. Knowing she was too young for him, Stuart closed his heart to her. Now, years later, Ivy is determined to be treated like a grown woman. But can she tame the one man determined to avoid her embrace?

Carson Wayne has come to Mandelyn Bush with the ultimate request: he needs her to teach him how to treat a lady. There’s no doubt he asked the right person. Beautiful Mandelyn is as polished and feminine as Carson is rough and reclusive.

It’s too intriguing a challenge for Mandelyn to turn down. She’s always been curious about what lies beneath the outlaw’s hard shell. But what she didn’t count on were her own feelings for the irresistible rebel.