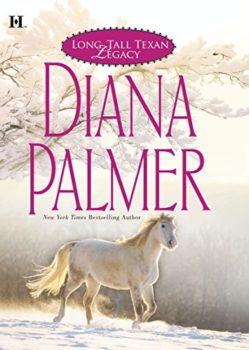 Discover how legends were made when Jacobsville founding father Big John Jacobs weds the daughter of a prosperous railroad tycoon. Will passion blaze when the fortune-seeking Long, Tall Texan brands his sweetly unassuming wife with his soul-searing kisses?

Justin Ballenger was jilted by Shelby Jacobs, privileged daughter of the Jacobsville fortune, for a wealthy playboy. After six resentful years, Shelby returned, penniless and alone. It was Justin’s turn to sneer, but honor wouldn’t allow it. He was sure he could never trust her again, but that old flame burned hotter than a three-alarm brush fire-and Shelby had a secret that only fanned the flames.